As you have probably figured out from previous posts, I like to cook! I love to cook! And there is something even more satisfying than cooking dinner at night and baking in the afternoon and that is making something that I could just go out and buy! You know, those foods that are cheap, already made and make cooking quicker! I thought I would share with you, some of the food Ive made lately, that instead of buying, already made and convenient, I made instead. 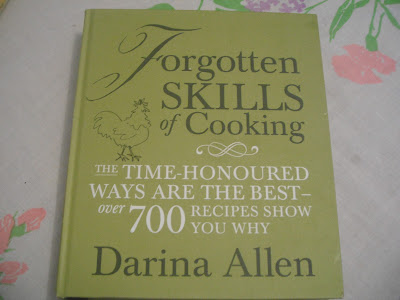 It all started with this book, as I wanted to make homemade bread, and from the joy I got out of eating a freshly homemade loaf of bread, I couldnt stop making things myself rather than hopping in the car and driving to the shops. 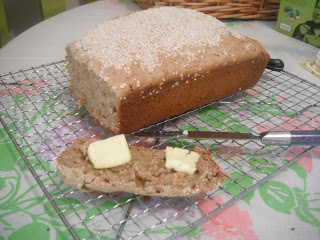 Preheat oven to 200C and grease your loaf tin well. Put all the dry ingredients into a large bowl and mix well. Whisk the egg, adding to the oil, honey and sour milk/buttermilk. Make a well in the centre of the dry ingredients and pour in all the liquid. Mix well, and add more sour milk if necessary(the mixture should be soft and slightly sloppy). Pour into tin, sprinkle with sesame/sunflower seeds and bake for 45min-1 hour or until the bread is nice and crusty and sounds hollow when tapped.

We enjoyed our warm loaf of bread with homemade spicy lentil and vegie soup. 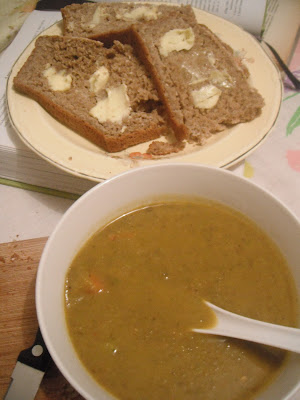 ﻿
I made the soup with homemade chicken stock as well. 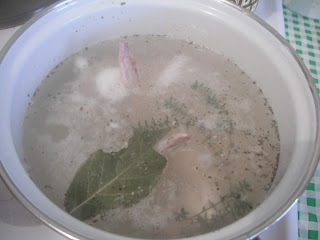 To make the quickest, easiest chicken stock, just put some chicken bones or pieces of chicken in a saucepan, cover with water, add salt, pepper, herbs and simmer for as long as you can. I made just enough for the soup. I used chicken wings as I dont really like eating them but they are great to make stock with.

Ive still been making homemade icecream rather than buying it, and new flavours we have enjoyed are peanut butter and a apple and cinnamon ice cream! You can find the recipe here for my Vanilla and passionfruit ice cream, and just add the new flavours where you would put the passionfruit! 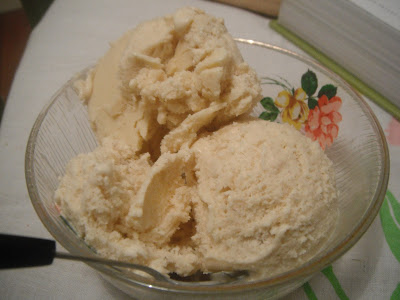 ﻿
﻿
Next homemade delight..lemon butter!! Its one of my husbands most favourite things to eat. I am a big fan too, especially on pancakes! So, thats what we had one day for lunch. 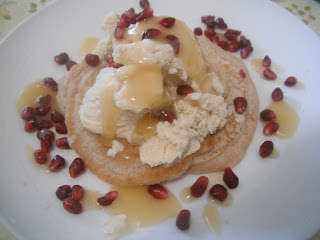 Everything was homemade, except for the pomegranite! The lemon butter I made using a recipe from a favourite book of mine, The Good Cooks Encyclopedia, but used coconut oil instead of butter, for a change! 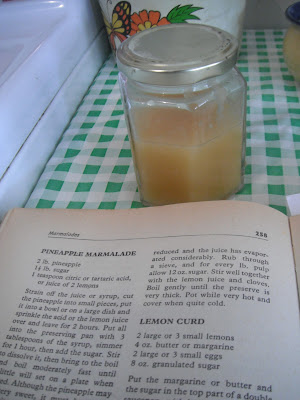 Place the butter/coconut oil and sugar in the top part of a double saucepan, with boiling water in the lower part and stir until butter melts and blends with the sugar. Mix the eggs and lemon juice together and add this to the creamed butter mixture and cook over a low heat until mixture thickens enough to coat the back of a spoon. Pour into hot, sterilized jars.

We had this on homemade pancakes and more of my apple and cinnamon ice cream. 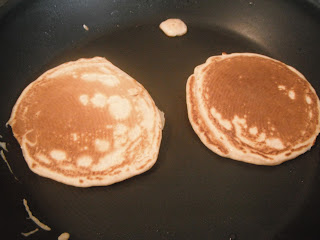 Homemade pancakes are the easiest things to make. In a bowl you mix 1 cup self raising flour, 1 egg and 2/3 cup milk. Put some butter or coconut oil in a pan and fry away!

And the last homemade food Ive made recently is jam doughnuts! 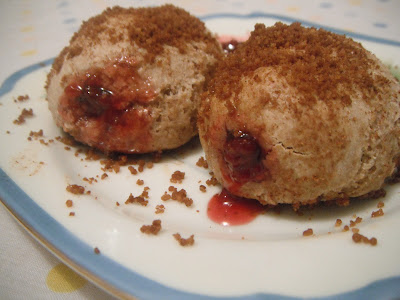 I made these using a basic pizza dough. Rolled them into balls, baked till golden. I brushed them with hot butter and rolled them in cinnamon and coconut sugar then filled a icing gun with jam and stuck it in the middle and filled the doughnuts with jam. These were soo good. Because they were baked, they had a different taste and texture to fried doughnuts, but very yummy still!

What foods have you decided to start making from scratch rather than buying? 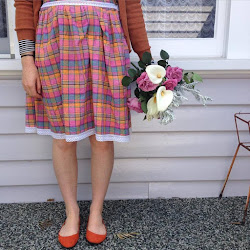 Welcome to my little blog, Butter and Buntings! This is where I ramble on about all things craft, cooking and everything inbetween. My name is Tarryn, I'm a South African living in Melbourne. I am madly in love with my husband and two kids who are happy to live around my fabric scraps and cake crumbs!

i make hundreds and thousands magazine 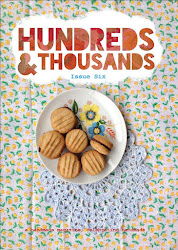